July 2020 – Published with one of my shot in this beautiful book ””Natures – Immaterial Books , thank you!
. 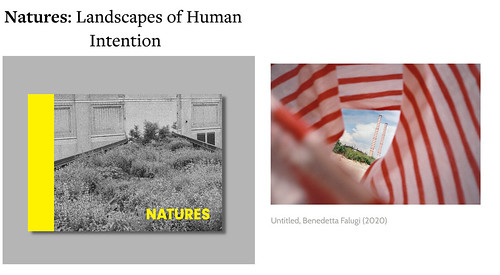 ► Really glad and honored to be one of judges for Lomography Awards 2020! ◄
.
https://www.lomography.com/competitions/jury 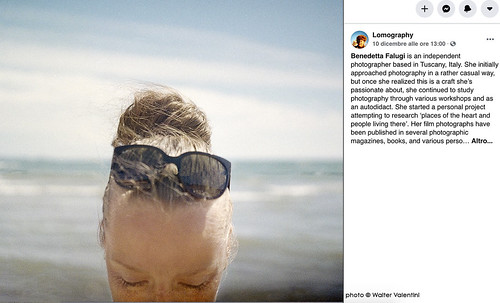 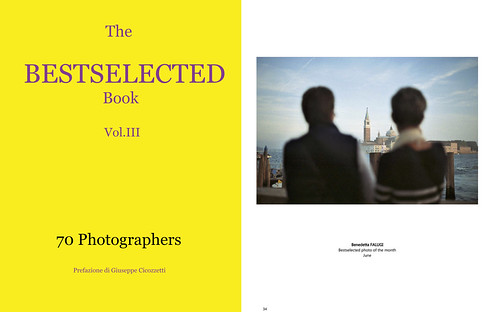 My monographic photobook BENEDETTA FALUGI -ISTINTO (just 50 limited and signed edition) is out NOW on Galleria Disastro , go and get your copy! (only 2 in stock) 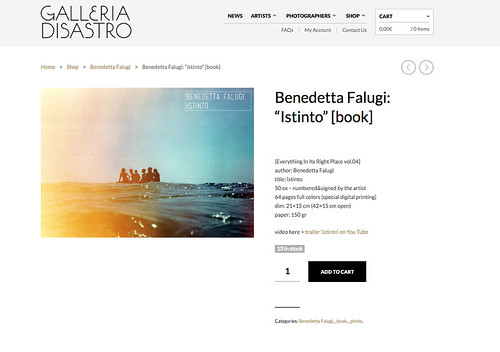 Happy to be winner on Ten and One Award – Game Changers category…thank you!!! 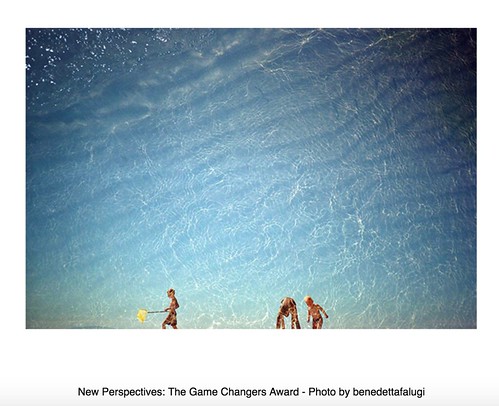 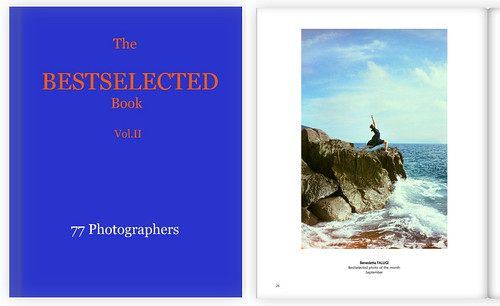 I’m happy to see a shot of mine as cover of this new book : “Tredici goal dalla bandierina” by Ettore Castagna – Editore Rubettino, “Velvet” series. 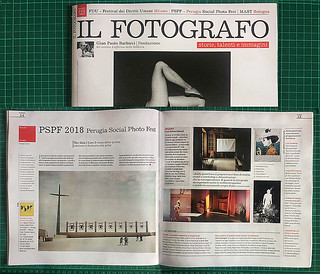 Published on The Bestselected Book Vol. I 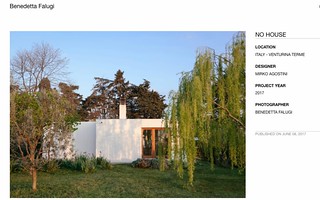 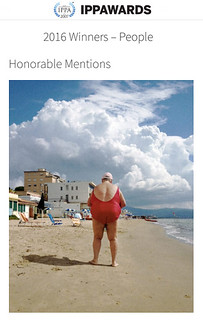 Published and interview on Lomography Italy

Published and interview on Photosophia (pag 36-46)

Featured in the article “Where are all the female street photographers? “

“From River to Sea” published on L’Oeil de la Photographie

I’m one of the 20 winner finalist of “If You Leave” Showcase 2015, with two upcoming exhibition both in London and Berlin
“If You Leave is proud to present the 2015 IYL Showcase, the best emerging talents in contemporary photography. The final 20 were selected from over 12 thousand submissions coming in from all around the glob, from there, the images were whittled down by a selection of organisations as Dazed and Confused, NOWNESS, It’s Nice That, Lomography, Der Greif, Huck Magazine, The Guardian G/2, Tate, Aint Bad, The Photographers Gallery, Foam, Impossible Projects, Mossless, Errr Magazine, Sova Magazine, The Line of Best Fit, Paper Journal, Adventure Handbook, Self Publish Be Happy, C/O Berlin.”
Exhibition revealing a multitude of talent in contemporary photography, presented in various locations throughout East London and Berlin. Drawing together 20 photographers telling their stories through a single image The showcase was initiated with the unification of 20 selected photographers with a launch event at Hatch London on December 3rd, and following this, the works are being shown at various locations throughout London, December 05 – 29 and Berlin April 29/May22. 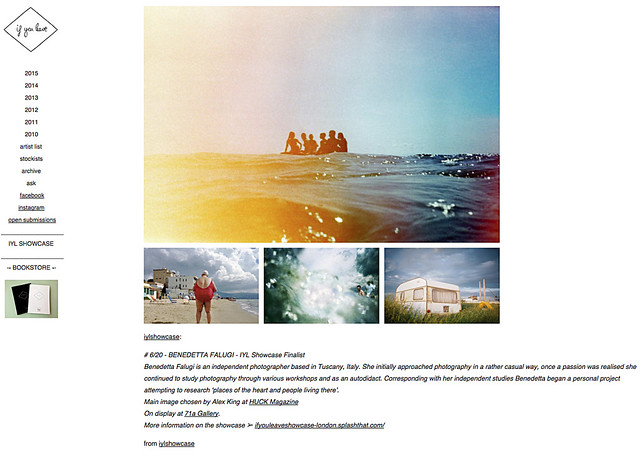 On Huck Magazine, Alex King selected my shot for If You Leave showcase 2015

“In Green” published in Contributor Magazine

My project “Lost in Elements” featured on Lens Culture

“From River to Sea” featured on Italian Ways

Italians Do It Better Zine 01